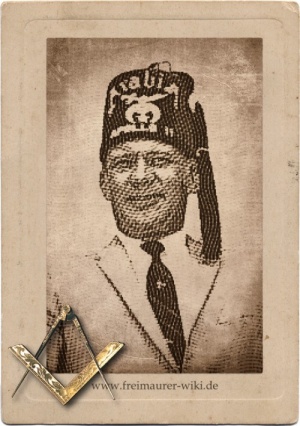 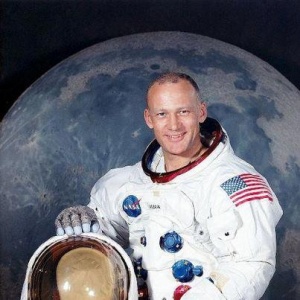 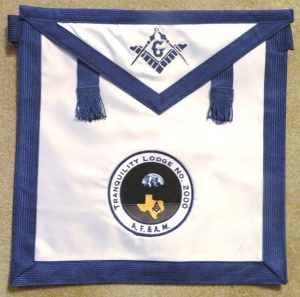 Astronaut and a True Masonic Pioneer

Brother Aldrin is an American astronaut who was the lunar module pilot on Apollo 11, the first manned lunar landing in history. On July 20, 1969, he was the first Freemason and the second human being to set foot on the Moon, following mission commander Neil Armstrong.

Bro. Buzz Aldrin Reports Back to the House of the Temple

The history of Masonry in the space age took another step forward on September 16, 1969, when Astronaut Brother Edwin E. Aldrin, Jr., 32°, visited the House of the Temple in Washington. Accompanied by his father, Edwin E. Aldrin, Sr., also a Scottish Rite Mason, Astronaut Aldrin paused in his busy schedule to greet Grand Commander Smith and to present to him the handmade Scottish Rite flag he had taken to the moon.

The flag is made of white silk, measures 22 x 30 centimeters, and is edged by a band of gold. It is embroidered with the words “The Supreme Council, 33°, Southern Jurisdiction, USA” and the motto “Deus Meumque Jus.” It is also decorated with the double-headed eagle, the crown of the Thirty-third Degree, the insignia of the Sovereign Grand Commander, and the insignia of a Master Mason.

On that historic lunar flight from July 16 to 24, 1969, the presence of this flag symbolized Masonry’s universal importance. When man reaches new worlds, Masonry will be there."