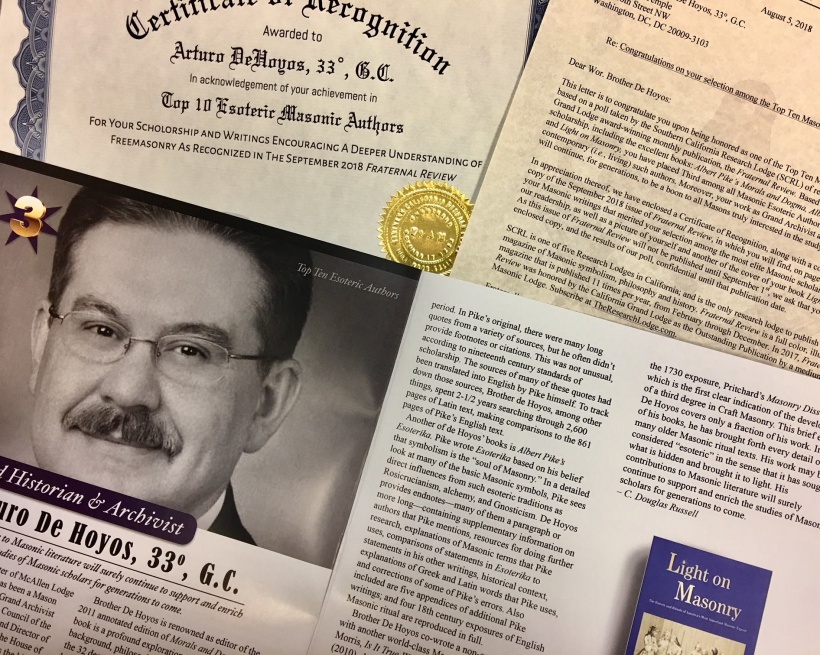 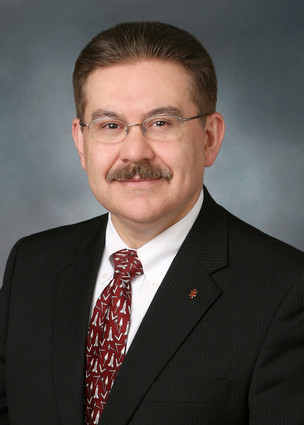 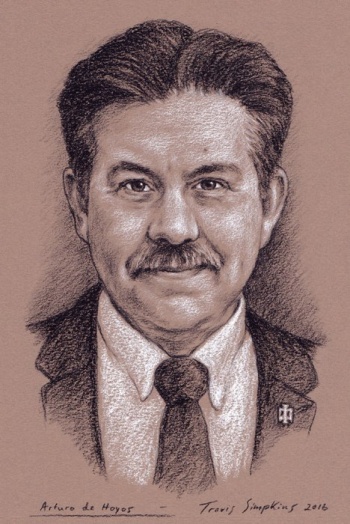 The Scottish Rite’s answer to the “hall of fame” is the Grand Cross Court of Honor.

It is the highest honor that the Supreme Council can bestow on a member, and it is reserved for those who have performed exceptional, extraordinary and prolonged services to the Fraternity and or humanity.

To put a finer point on it, in terms of numbers, there are currently only 81 men in the world who hold this honor, which is often called the greatest honor in Freemasonry … - Arturo de Hoyos, 33rd Degree, is also a Grand Cross. He is also currently the Grand Archivist and Grand Historian of the Scottish Rite.

His office is one mile directly north of the White House, in the historic "House of the Temple," designed by John Russell Pope, America's foremost neoclassical architect, who also designed the Jefferson Memorial, the National Archives, the West Building of the National Gallery of Art, and other buildings in Washington, D.C., and others around the country.

Recognized as one of the world's leading authorities on the history, philosophy, rituals, symbolism, and purposes of Freemasonry.

Special Consultant to the Masonic Service Association and other organizations worldwide.

One of three people invited to the Vatican by the Roman Catholic Church to discuss Masonry.

Kessinger, 1992
This study focuses on the anti-Masonic message of Pastor Ron Carlson, President of 'Christian Ministries International: (Eden Prairie, Minnesota), who markets his anti-Masonic sermon on an audio cassette entitled 'Freemasonry and the Masonic Lodge."

Kessinger, 1992
Only English-language translation available of the three Craft degrees of the extinct Masonic Grand Lodge "zur Sonne" (Bayreuth, Germany) which was closed down by the Nazis.

Scottish Rite Research Society, 1993
Search for the origins of the trilingual word.

Michael Poll (New Orleans, Lousiiana), 1993
Translation of the 1844 Ritual of the Entered Apprentice, Fellow Craft, and Master Mason Degrees : Together with the Ceremony of Masonic Baptism and the Burial Ceremony.

Grand College of Rites, USA, 1999
Ritual of the Sovereign Sanctuary, Valley of Canada

Scottish Rite Research Society (Washington, DC) 2008 Includes a reprint of the third edition of 1829, with my 200-page introduction.

Dervy (France) 2009 I was honored to write the preface to Bernheim's masterpiece.

Scottish Rite Research Society (Washington, DC) 2010 The source of Albert Pike's ritual revisions, transcribed from the original copy in the archives vault of the Supreme Council. This never-before-published work includes the complete collection of rituals which Albert Pike received when he joined the Scottish Rite in 1853.

Supreme Council, 33° (Washington, DC) 2011 This new edition includes the complete original text, but has been fully updated and improved. Spelling errors have been corrected, and it is set in clear, easy-to-read type; it retains the original pagination within the body of the text, while new subject headings and paragraph numbers make finding passages easy! Approximately 4,000 notes reveal the original sources used by Pike, clarify passages, suggest further reading, and include cross-references. New "ready references" reveal scriptural sources.

Scottish Rite Research Society (Washington, DC), 2011
Translated from the original French edition published in 1766, was the first book to reveal some of the high degrees which later became part of the Scottish Rite.

It presents early forms of some of the most popular degrees and includes variations of rituals which migrated into other Masonic rites, orders, and systems.

Scottish Rite Research Society (Washington, DC) Dezember 2012 Translated from the original French edition published in parts between 1763 and 1766, was the first printed text of the catechisms of high degree Freemasonry, some of which later became part of the Scottish Rite

Grand College of Rites, USA 2012 Darius Wilson was expelled from Freemasonry for conferring Masonic degrees without authority and keeping the money for himself. He created his own Masonic organization, using a version of the Scottish Rite's Craft Degrees, which are included in this book, with an account of his expulsion.

Grand College of Rites, USA 2014 Translation (from German) of the rituals of Count Peter Melissino's system.

Heredom, vol. 22 (Scottish Rite Research Society) 2014 Refutation of the notion that the Scottish Rite in the Northern part of the United States was formed as traditionally believed. Autoren: Alain Bernheim, Arturo de Hoyos .·.