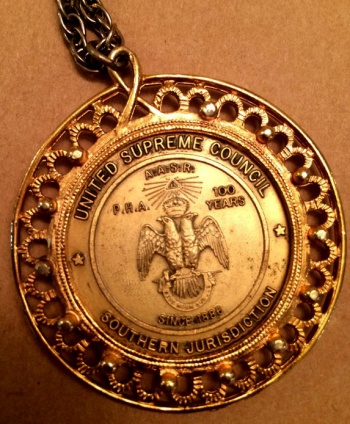 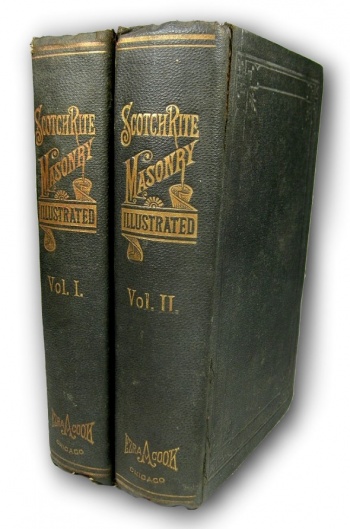 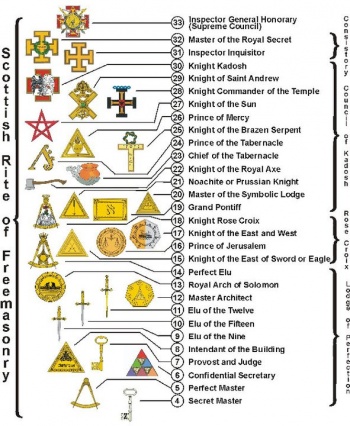 Although one of the youngest of the Masonic Rites, having been established not earlier than the year 1801, it is at this day most popular and the most extensively diffused. Supreme Councils or governing Bodies of the Rite are to be found in almost every civilized country of the world, and in many of them it is the only Masonic Obedience. The history of its organization is briefly this: In 1758, a Body was organized at Paris called the Council of Emperors of the East and West. This Council organized a Rite called the Rite of Perfection, which consisted of twenty-five Degrees, the highest of which was Sublime Prince of the Royal Secret.

In 1761, this Council granted a Patent or Deputation to Stephen Morin, authorizing him to propagate the Rite in the Western Continent, whither he was about to repair. In the same year, Morin arrived at the City of Santo Domingo, where he commenced the dissemination of the Rite, and appointed many Inspectors, both for the West Indies and for the United States. Among others, he conferred the Degrees on Moses M. Hayes, with a power of appoint ing others when necessary. Hayes accordingly appointed Isaac Da Costa Deputy Inspector-General for South Carolina, who in 1783 introduced the Rite into that State by the establishment of a Grand Lodge of Perfection in Charleston. Other Inspectors were subsequently appointed, and in 1801 a Supreme Council lvas opened in Charleston by John Mitchell and Frederick Dalcho.

There is abundant evidence in the Archives of the Supreme Council that up to that time the twenty-five Degrees of the Rite of Perfeetion were alone recognized. But suddenly, vith the organization of the Supreme Council, there arose a new Rite, fabricated by the adoption of eight more of the continental advanced Degrees, so as to make the Thirty-third and not the Twenty-fifth Degree the summit of the Rite.

The Rite consists of thirty-three Degrees, which are divided into six sections, each section being under an appropriate Jurisdiction, and are as follows:

These are sometimes called the Blue or Symbolic Degrees. They are not conferred by the Scottish Rite in England, Scotland, Ireland, or in the United States because the Supreme Councils refrain from exercising jurisdiction through respect to the older authority in those countries of the York and American Rite.

4. Secret Master
5. Perfect Master
6. Intimate Seeretary
7. Provost and Judge
8. Intendant of the Building
9. Elu, or Elected Knight, of the Nine
10. Illustrious Elect, or Elu, of the Fifteen
11. Sublime Knight Elect, or Elu, of the Twelve
12. Grand Master Architect
13. Knight of the Ninth Areh, or Royal Arch of Solomon
14. Grand Elect, Perfeet and Sublime Mason or

V. CONSISTORY OF SUBLIME PRINCES OR MASTERS, OF THE ROYAL SECRET

The classification of the above Degrees is as they are arranged in the Southern Jurisdiction. In the Northern Masonic Jurisdiction the Consistory grades begin at Grand Pontiff, the nineteenth, and include the thirty-second, Sublime Prince of the Royal Secret, and the Council of Princes of Jerusalem governs the fifteenth and sixteenth grades Several of the titles of the Degrees vary in their use by the Supreme Councils but the above table covers most of these variations. The Southern Jurisdiction for example omits the word Grand from the names of the twelfth, fourteenth, nineteenth, twentieth and twenty-ninth grades, and also uses Elu instead of the other designations, omits Commander from the thirty-first, and specifies Master in the thirty-second.

A full account of the Rite is in Doctor Mackey's revised History of Freemasonry but numerous details under individual headings are in the present work (see Educational Foundalions).

Source: The Ohio Freemason website is designed to be an "Online Community and Educational Portal" for Masons and those desirous of learning more about this wonderful fraternity. This site is not intended to replace your regular attendance at your local Lodge, but to provide an "outlet" or "inlet" for Masonic communication and continued education when it's convenient for you.