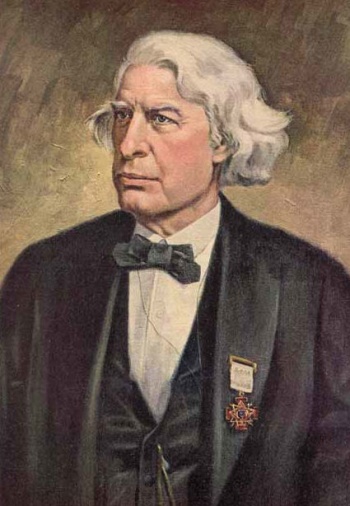 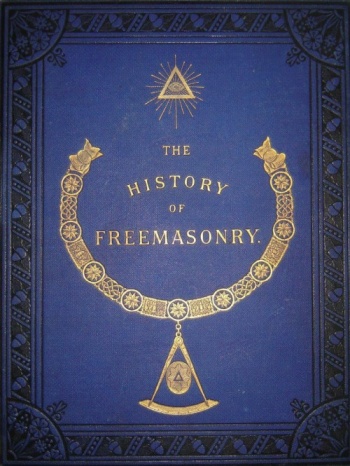 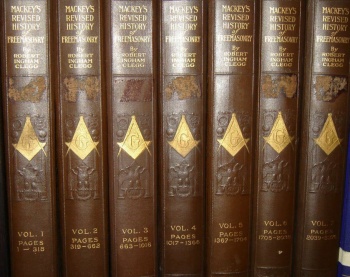 I ONCE delivered an address before a Lodge on the subject of the external changes which Freemasonry had undergone since the period of its revival in the commencement of the eighth century.

The proper treatment of the topic required a reference to German, to French, and to English authorities, with some of which I am afraid that many of my auditors were not familiar. At the close of the address, a young and intelligent Brother inquired of me how he could obtain access to the works which I had cited, and of many of which he confessed, as well as of the facts that they detailed, he now heard for the first time. It is probable that my reply was not altogether satisfactory for I told him that I knew of no course that he could adopt to attain that knowledge except the one that had been pursued by myself, namely, to spend his means in the purchase of Masonic books and his time in reading them.

But there are few men who have the means, the time, and the inclination for the purchase of numerous books, some of them costly and difficult to be obtained, and for the close and attentive reading of them which is necessary to master any given subject. It was this thought that, years ago, suggested to me the task of collecting materials for a work which would furnish every Freemason who might consult its pages the means of acquiring a knowledge of all matters connected with the science, the philosophy, and the history of his Order.

But I was also led to the prosecution of this work by a higher consideration. I had myself learned, from the experience of my early Masonic life, that the character of the Institution was elevated in every one's opinion just in proportion to the amount of knowledge that he had acquired of its symbolism, philosophy, and history. If Freemasonry was not at one time patronized by the learned, it was because the depths of its symbolic science and philosophy had not been sounded. If it is now becoming elevated and popular in the estimation of scholars, it owes that elevation and that popularity to the labors of those who have studied its intellectual system and given the result of their studies to the world. The scholar will rise from the perusal of Webb's Monitor, or the Hieroglyphic Chart of Cross, with no very exalted appreciation of the literary character of the Institution of which such works profess to be an exponent. But should he have met with even Hutchinson's spirit of Masonry, or Town's speculative Masonry, which are among the earlier products of Masonic literature, he will be conscious that the system which could afford material for such works must be worthy of investigation. Oliver is not alone in the belief that the higher elevation of the Order is to be attributed almost solely to the judicious publications on the subject of Freemasonry which have appeared during the present (nineteenth) and the end of the last (eighteenth) century. It is the press that is elevating the Order ; it is the labor of its scholars that is placing it in the rank of sciences. The more that is published by scholarly pens on its principles, the more will other scholars be attracted to its investigation. At no time, indeed, has its intellectual character been more justly appreciated than at the present day. At no time have its members generally cultivated its science with more assiduity. At no time have they been more zealous in the endeavor to obtain a due enlightenment on all the topics which its system comprehends.

It was the desire to give my contribution toward the elevation of the Order, by aiding in the dissemination of some of that light and knowledge which are not so easy of access, that impelled me years ago to commence the preparation of this work, a task which I have steadily toiled to accomplish, and at which, for several years, I have wrought with un-intermitted labor that has permitted but little time for other occupation, and none for recreation. And now I present to my Brethren the result not only of those years of toil, but of more than thirty years of study and research-a work which will, I trust, or at least I hope, supply them with the materials for acquiring a knowledge of much that is required to make a Masonic scholar. Encyclopedia learning is not usually considered as more than elementary. But knowing that but few Freemasons can afford time to become learned scholars in our art by an entire devotion to its study, I have in important articles endeavored to treat the subject exhaustively, and in all to give that amount oi information that must make future ignorance altogether the result of disinclination to learn.

I do not present this work as perfect, for I well know that the emanating point of perfection can never be attained by human effort.

But, under many adverse circumstances, I have sought to make it as perfect as I could. Encyclopedias are, for the most part, the result of the conjoined labor of many writers. In this work I have had no help. Every article was written by myself. I say this not to excuse my errors for I hold that no author should wilfully permit an error to pollute his pages, but rather to account for those that may exist. I have endeavored to commit none.

Doubtless there are some. If I knew them, I would correct them, but let him who discovers them remember that they have been unwittingly committed in the course of an exhaustive and unaided task.

For twelve months, too, of the time in which I have been occupied upon this work, I suffered from an affection of the sight, which forbade all use of the eyes for purposes of study. During that period, now happily passed, all authorities were consulted under my direction by the willing eyes of my daughters, all writing was done under my dictation by their hands. I realized for a time the picture so often painted of the blind bard, John Milton, dictating his sublime verses to his daughters. It was a time of sorrow for the student who could not labor with his own organs in his vocation ; but it was a time of gladness to the father who felt that he had those who, with willing hearts, could come to his assistance. To the world this is of no import ; but I could not conscientiously close this prefatory address without referring to this circumstance so gratifying to a parent's heart. Were I to dedicate this work at all, my dedication should be, To FILIAL AFFECTION.