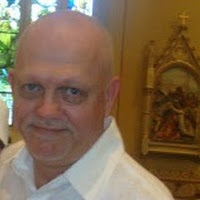 E C Ballard is a Folklorist, and Ethnographer specializing in Afro-Caribbean traditions of Central African origin, Fraternalism, Celtic Studies and Ethnomusicology, having received his Ph.D. in Folklore and Folklife from the University of Pennsylvania. Eoghan has been variously musical instrument maker, bookseller, college professor, academic dean, and independent researcher. Eoghan is Tata Nganga, a Vodousaint, and is a Master Mason, Orator for Lodge Intrepid, and GM of GLMRNAC, affiliated with UMURM.

Welcome to the Hedge Mason Blog

A word or two by way of explanation may be worth offering concerning the title of this blog. Hedge Mason, like similar terms Hedge Master, Hedge Lodge, and the more widely recognized Hedge School, are terms from Hiberno-English. The latter of these terms, as many Irish will know, refers to illicit schools dedicated to the maintenance of Irish culture and language, alongside the classics of European Philosophy, including Greek and Latin studies. These institutions were founded throughout rural Ireland during the Penal era when Irish Gaelic culture was under attack by the English occupier. During this time also, the term Hedge was added to masonic terms to refer to any masonic individual or institution not approved of by the Anglophone world. These often were lodges and masons working to advance the cause of Irish independence. It seems a very appropriate term then, for me to use to name this blog.

For quite a while I have observed various blogs and podcasts relating to Freemasonry, finding both much worth emulating and a few things worth avoiding among them. Fairly quickly it became apparent to me that there was little being published in North America (or elsewhere for that matter) that dealt fairly and offering a positive perspective on Liberal Freemasonry or the world beyond the confines of the Preston-Webb Rites or the AASR Northern or Southern Jurisdictions. Such sites exist beyond the Anglophone Internet, but The Hedge Mason will endeavor to bring some of that information within the grasp of an English speaking audience.

It seems to me that it is time for a change, and this blog will hopefully serve as a small corrective step in that direction.

The goal of this blog will be to provide interesting topics from time to time on subjects relating to Liberal Freemasonry and on responsible alternatives to what is exemplified by the mainstream Grand Lodge system in North America. While this site will not avoid covering contemporary issues, it will try to avoid heavy handed critiques of any system or tradition within Freemasonry. It is my belief that there is no such thing as clandestine or irregular freemasonry. Such labels belittle the rich tapestry of our traditions both contemporary and historical. Further, such attitudes directly contradict the premise of brotherhood and fraternalism which is the foundation of Freemasonry.

In short, this site is about education and expanding the horizons of Freemasons of all stripes and those who are just interested in the subject. It is not a place intended for debate or dispute, although if it engenders some that might be a good thing.

Just in case some object to certain posts being off topic, please note the subtitle of this blog includes the phrase, "and other stuff." That of course is because it's my blog and occasionally I want to ramble.

We look forward to sharing with you!