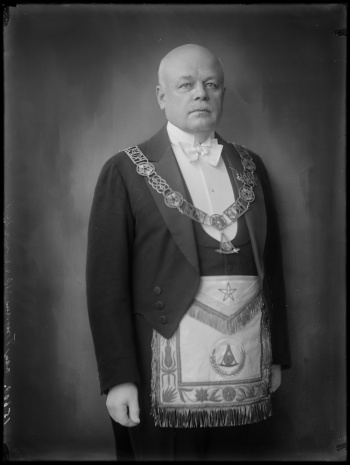 Hermannus was the Grand Master of Masons in the Netherlands when Nazi Germany invaded and suppressed the fraternity. He was able to keep the fraternity alive by having it meet under the guise of "coffee clubs" in plain sight of Hitler and his commanders.

Eventually, the coffee clubs were found out and Hermannus ultimately died in the Sachsenhausen concentration camp. After his death, Hitler recognized the opportunity to go in and seize all of the art collections of the Dutch Masonic Lodges as well as their bank accounts, but upon attempting to do that, nothing could be found.

During the "coffee club" meetings, Van Tongeren had successfully smuggled out or liquidated most of the Dutch Masonic resources and his daughter, Jacoba van Tongeren, used a great deal of the resulting money to fund Group 2000, a wildly successful resistance campaign that fought via the press as well direct armament against the Nazis for the remainder of the war.