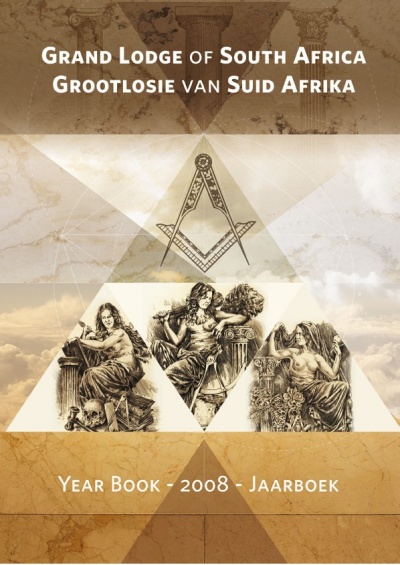 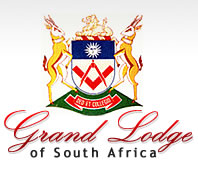 The Southern point of Africa, the Cape of Good Hope, was opened up by the Dutch East India Company as a trading station to supply ships on the route to the East Indies with fresh produce. Freemasonry in the Netherlands, founded in 1756, was expanding rapidly and, with many masters of ships being Freemasons, it was natural for a Lodge to be founded at this halfway station under the banner of the Grand East of the Netherlands (G.E.N.). The eyes of the G.E.N. were focussed on the Cape as early as 1764 and in 1771 Brother Abraham van der Weijde, the captain of a sailing vessel plying between Holland and the East Indies, was appointed Deputy Grand Master Abroad, with the necessary authority to found Lodges, subject to subsequent ratification by Grand Lodge. He arrived at the Cape on the 24th April 1772 and called a meeting of Brethren, to which ten Brethren responded under his chairmanship. Ten days later he issued a warrant for the founding of Lodge De Goede Hoop (Lodge Good Hope) as Lodge No. 12 on the register of the G.E.N., which was ratified on 1st September 1772.

For its existence, the Lodge depended on visitors and, while conferring several Degrees, it failed to attract the local residents as members, mainly because of the rigid social and religious attitudes of the confined Cape society, which consisted primarily of two broad classes: the Company official and free burgher. Due to rigid Company policy, Company servants were not permitted to trade nor own land until they were released from their contracts, after which they were allowed to settle in the Cape and become free burghers. The Masonic philosophy of equality in the Lodge violated the structure in the Cape where difference in rank between Company officials and free burghers was practised. Religious interference was also widespread. As a result the Lodge went into recess in April 1781 to be opened again in 1794 as more prominent persons of the Company were attracted, such as Johannes Andries Truter, who would later become Chief Justice of the Cape. This offered some protection from the Company and the pulpit. Where previously members were of a transient nature, more and more initiates were locally born and primarily resident in the Cape, which offered stability. 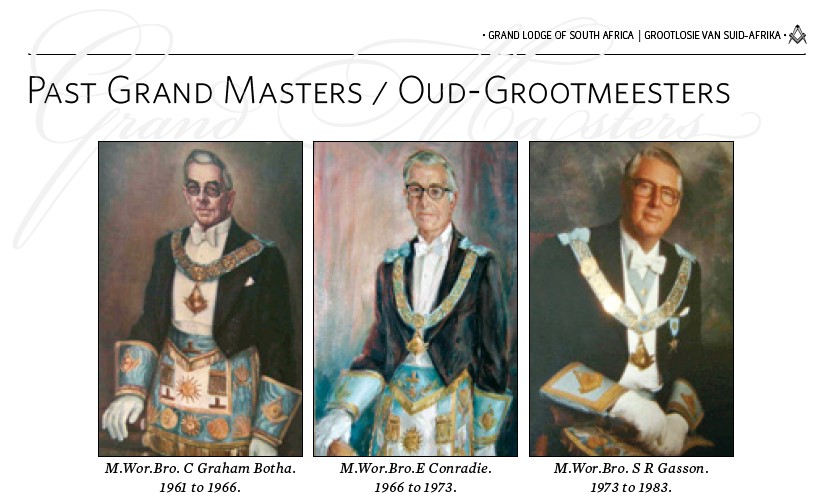 Since its revival in 1794, Lodge De Goede Hoop has remained active and is Lodge No 1 on the register of the Grand Lodge of South Africa. It has been instrumental in the establishment of Lodges under the jurisdiction of other Grand Lodges in South Africa.

THE DUTCH WELCOME THE BRITISH

Political circumstances because of the wars between Holland, France and Spain on the one hand and England on the other hand resulted in various occupation forces being established at the Cape and this had a definite effect on Freemasonry in the Cape. Under British occupation in 1795, military Lodges attached to British regiments arrived at the Cape, bringing new interest in the Craft but not the establishment of new local Lodges. Further impetus was given to Freemasonry by the subsequent take over of the Batavia Republic in 1802 and with the arrival of Jacob de Mist, a Deputy Grand Master in Holland who became the first Deputy Grand Master National, Netherlandic Constitution, in the region. His first priority was to re- establish the Dutch presence in the Cape and one of the important avenues he used was Freemasonry. With the return of the British Military Lodges during the second occupation of the Cape Colony, the Commander in Chief was a Mason and the Deputy Grand Master National saw him as an ally and welcomed him to Lodge De Goede Hoop as protector.

However, the influx of English speaking members into the Lodge brought tension and the inevitable split, when English speaking members broke away in 1811 to form the first English Lodge at the Cape: British Lodge. This was the first permanent Masonic involvement in the territory by the United Grand Lodge of England. Political circumstances caused the Great Trek when thousands of burghers moved North and, together with the general economic circumstances, had an adverse effect on Freemasonry. Relative prosperity in the 1850's in the Cape resulted in the influx of English settlers, development of the Eastern coast and the Natal Colony and a revitalised Craft. English Freemasonry spread to the Eastern parts and Dutch Freemasonry moved into the hinterland, as far as the newly formed Republics of the Orange Free State and Transvaal. Here again, the use of English in the Dutch Lodges created problems and resulted in the formation in 1860 of the first Lodge under the Scottish Constitution, Lodge Southern Cross. The first Lodge under the Irish Constitution, Lodge Abercorn, was formed in 1896. There were now four Constitutions at labour in Southern Africa.

As early as 1875 there were calls for a United Grand Lodge to be formed, where all Masons would be able to find a home. Again in 1892 there was a similar move but when 500 Masons gathered in Kimberley for that purpose, the proposal to form a United Grand Lodge was defeated by a small majority. Similar initiatives were started again later but all to no avail.

It must be said that the four Constitutions worked together in great harmony and many Masons held cross membership. Some Temples were even jointly owned by Lodges of different Constitutions while many Benevolent Funds were jointly run. Some Lodges of the Irish and Scottish Constitution even formed Lodges working in Afrikaans. The situation understandably deteriorated during the Anglo-Boer war but there are many tales of Masons from opposite sides remembering their Masonic oath and saving their Brethren, going so far as to spare the Temples from destruction. Perhaps as a result of political circumstances, the upsurge of Afrikanerdom and the growing campaign for a South African Republic, the striving for a South African Grand Lodge again gained momentum.

THE GRAND LODGE OF SOUTHERN AFRICA IS FORMED

The failure of making any progress in the formation of a United Grand Lodge caused some Brethren of the Netherlandic Constitution to form an entirely South African "Grand Lodge", under the title of the "South African Order of Masonry". Its first president, officers and Brethren were invested on 13 March 1952. Its formation was irregular because official procedure was not followed and, consequently, the four Constitutions operating in South Africa forbade their members to attend the meetings of the new Order. The movement struggled on with its one Lodge until the formation of the Grand Lodge of Southern Africa in 1961, when it dissolved and its 61 remaining members signed an oath of allegiance to the newly formed Grand Lodge. It is ironical that the formation of a South African Grand Lodge, after all the efforts locally, is actually attributable to events in Masonic Grand Lodges in Europe.

It must be recalled that, during the Nazi occupation of Europe, Freemasonry was virtually destroyed. Freemasonry in Holland ceased to exist and resulted in the South African component, being on a strong footing, assisting in the re-establishing of the Grand East of the Netherlands after the war. Grand Lodges all over Europe were starting to re-emerge after the war and the problem arose over which Grand Lodges should be recognised as "regular". In his endeavour to further the formation of Grand Lodges, the Grand Master of the G.E.N. proposed to accept Grand Orients, which did not comply with ancient landmarks, the two most important being the belief in a living God and the presence of a Bible during the labours of a Lodge. This resulted in grave disagreements with the Grand Lodges of England, Ireland and Scotland, who threatened to withdraw recognition of the G.E.N. This would have serious effects on the G.E.N. Lodges in South Africa who were in close co-operation with Lodges under these Constitutions. Furthermore the leaders of the Netherlandic Lodges were not aware of the dark clouds which were building up. When a break in the relationship between the G.E.N. and the three Grand Lodges became imminent, the English Grand Secretary advised Districts in South Africa of the situation. This caused consternation because, as already stated, there was a great measure of co-operation between the Lodges of the four Constitutions: Benevolent Funds and Temples had joint ownerships. Colonel Colin Graham Botha, who was at the time Deputy Grand Master National in South Africa, wrote a letter to the Grand Master, M. W. Brother Davidson, expressing his concern. Coincidentally, the Grand Master wrote to him on the same day advising that it would probably be better to form an independent Grand Lodge of Southern Africa.

The Southern Division covers Cape Town and the Peninsula.

This Division includes the provinces of: Gauteng, Mapumalanga, North West and Limpopo.

This Division encompasses the central regions of South Africa.