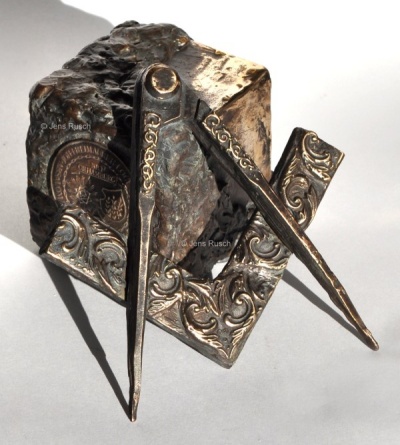 This bronze was created by Br Jens Rusch as a reminiscence of the founding fathers of German Freemasonry at the occasion of the 275th anniversary of the founding of the first German Masonic lodge in Hamburg. 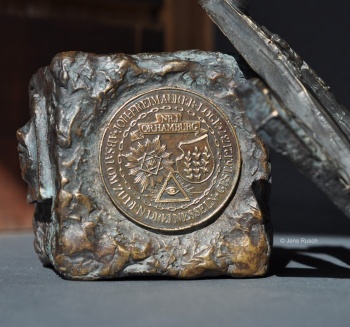 Thanks for translation to Bro Edward Schmidt-Zeuner 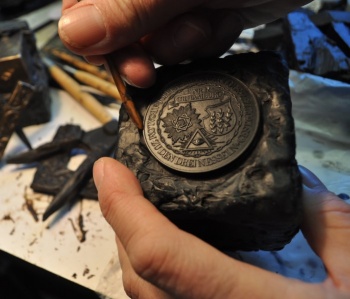 Each bronze is preceded by a wax model in the studio of Jens Rusch. He is using paraffin, dyed with black soot. By applying this process one can best assess the plasticity and the bronze shine at a later stage. This subject existed already in a similar form, but with a symbolism related to the Entered Apprentice degree. At the occasion of the significant anniversary a clear reference to the German prime lodge "Absalom" was added. 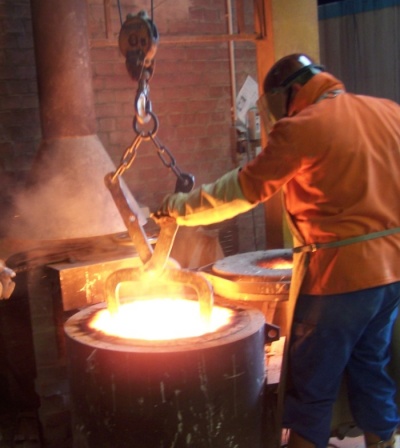 The fire clay shell mold encases the wax sculpture at the beginning, then the wax model is melted by heat. The expression for this is a "lost mould". The resulting cavity is now accurately filled with burning hot magma at 1200 degrees. 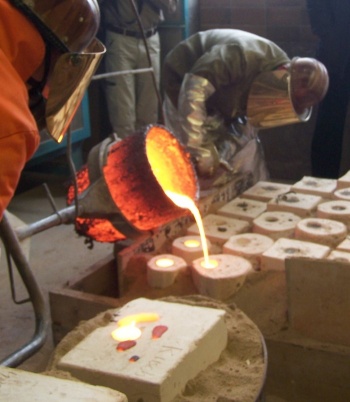 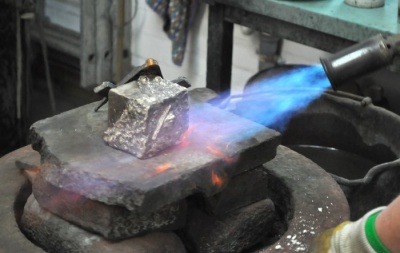 In order to give the necessary patina to the sculpture, which is freed from the fire clay shell, the figure is again heat treated to a high temperature. The patination process is usually done by nature, as one can see on church roofs turning green. In this case the process is just accelerated by application of heat and various acids. 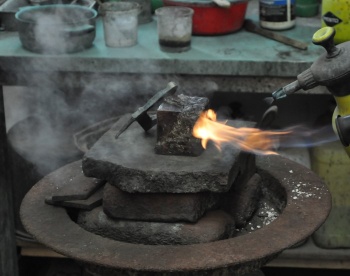 Here is another photo of the heating of the bronze figure. 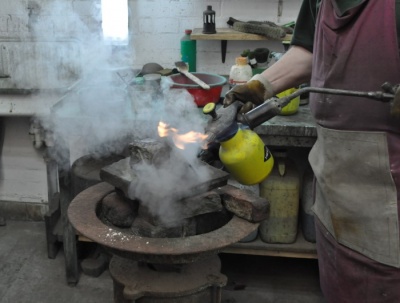 Acid is now injected into the glowing figure basing on own recipes. An unhealthy process. Depending on the composition, a patina changing into black-brown or the well known green patina of church roofs can be achieved. At this point, the patineur becomes an alchemists and the notes in the workshop books do not vary significantly from those of the colleagues in the Middle Ages. 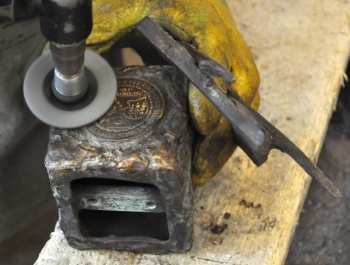 As the dark patina now extends over the entire figure, glossy areas, such as the tip carved out from the rough stone and the Absalom medallion have to be polished. In case of excessive gloss, the acid treatment must be repeated. 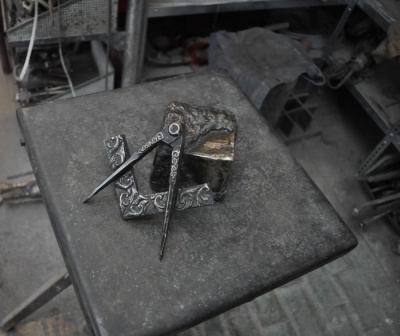 Finally , there is a rough stone, all cast in bronze, in front of us. The height is now 14 cm and the diagonal to the tip of the compass 19 cm. The ornate symbolism takes us back a bit into the origins of German Freemasonry.

The engraved numbering will be provided after receipt of order. Favourite numbers can be engraved only in exceptional cases. Each copy signed by the artist. Engraved dedications to customer's requirements at no extra cost.

The cast will be commissioned only after receipt of order. The delivery time is entirely dependent on the order situation of the bronze foundry. It is therefore advisable to anticipate a longer delivery time.