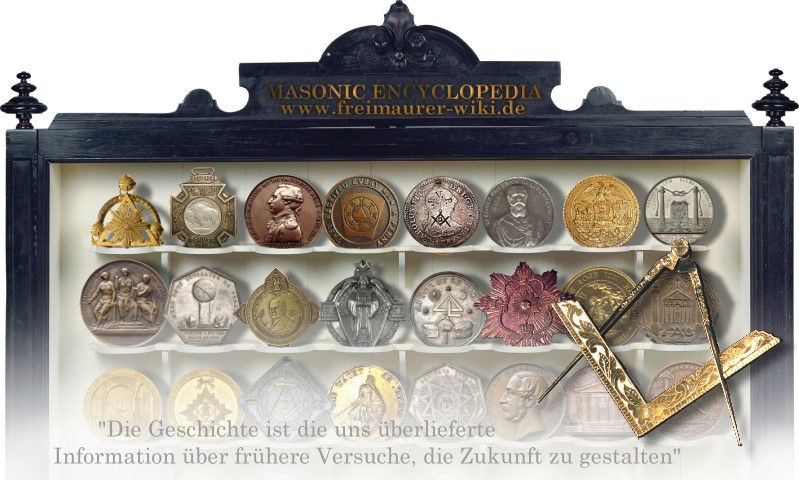 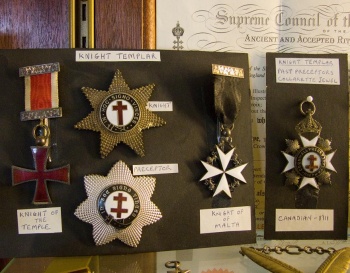 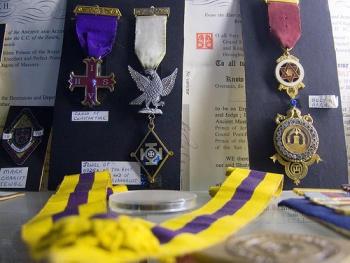 Image Courtesy of Brother Chris John Beckett: The Cross of Constantine, Holy Arch, and other Masonic medals and insignia. In an exhibition case at Dartford Masonic Centre, West Hill,Dartford, Kent. 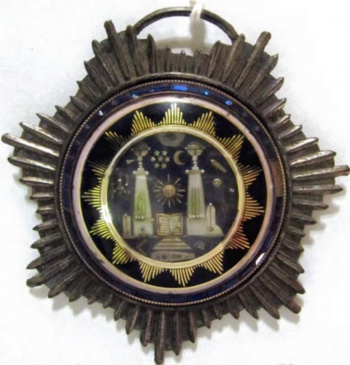 Jewel made by a French Prisoner of War in England during the Napoleonic Wars (1793-1815).

Jewels such as this will be available for viewing at the Exhibition held at Dore Masonic Hall Sheffield on the 9th-10th of July 2016.

Masonic jewels made by French prisoners of war, 1790-1815. During the Napoleonic Wars there were a large number of French Prisoners detained in England, amounting at one time as many as 140,000. Amongst the Prisoners was a good proportion who were Freemasons and their number can be judged from the fact that they were numerous enough to organise Lodges among themselves in various parts of England where they were detained.

As many as 30 Lodges formed by French Prisoners are on record. There was no Red Cross at this time and supplies were very limited so they worked to earn sufficient money with which to keep themselves. The more skilled amongst them were able to make the items exhibited here. They used whatever material were available, scraps of bone, mother-of-pearl and tinsel and for models they used the breast jewels worn by Freemasons worn at the time.

In the second half of the eighteenth and the early part of the nineteenth centuries, in the decades that Great Britain and France were at war, great numbers of French military personnel were captured and brought to Britain as prisoners. The greatest concentration of these was during the Revolutionary Wars of 1797-1814, when over 122,000 French prisoners resided in camps all across Britain, under conditions that were often, although not always, harsh.

Those prisoners that were freemasons could often expect kind treatment from British freemasons, being taken into their homes and lodges. The prisoners also founded lodges within their own camps. As a method of occupation and, often of money-making, these prisoners produced souvenir and novelty items from what materials they could find; figures and models from paper, bone, wood and straw. They also made masonic plaques from these basic materials. The items were then sold or traded at market and later set into metal and glass surrounds, ensuring their survival today.