En: The Lost Symbols of Freemasonry: The Beehive 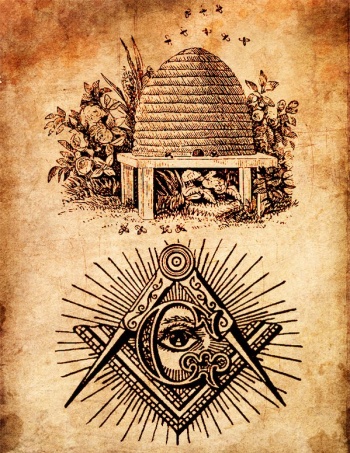 The Lost Symbols of Freemasonry: The Beehive

by David Harrison and Jeff Peace

The beehive is a very old Masonic symbol that is still used in many countries, but in England and Wales it was dropped after the Union of 1813. It can still be seen however in some older pre-Union lodges, for example it is displayed as a symbol on the 3rd Degree Tracing Board of the Royal Cumberland Lodge No.41 in Bath, but to all purposes it has been lost as a symbol under the United Grand Lodge of England.

The ritual of the Royal Cumberland Lodge

The ritual of the Royal Cumberland Lodge dates back to the eighteenth century and includes the following reference to the beehive symbol:

“The Beehive teaches us that as we are born into the world rational and intelligent beings, so ought we also to be industrious ones, and not stand idly by or gaze with listless indifference on even the meanest of our fellow creatures in a state of distress if it is in our power to help them without detriment to ourselves or our connections; the constant practice, – of this virtue is enjoined on all created beings, from the highest seraph in heaven to the meanest reptile that crawls in the dust.” 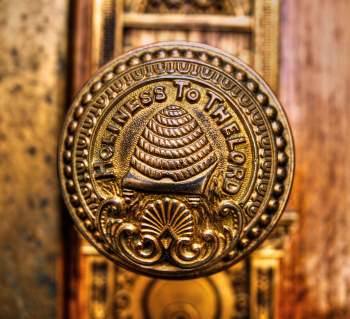 The symbol is a very ancient one, representing the working lodge. Seven bees are usually seen flying around the hive, seven being the number to make a perfect lodge. The bee was used as a symbol in ancient Egypt, and the beehive symbol dates back to at least ancient Rome. The beehive as a symbol was adopted by many Friendly Societies, Trade Unions and insurance companies, the hive representing Beehiveindustry and the bees the workers. 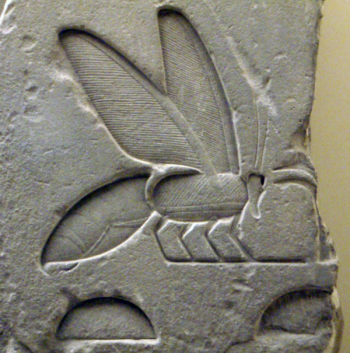 The Roman writer Porphyry, in his work De antro nympharum (The Cave of the Nymphs), tells us that in the Roman rites of Mithra, honey from a honeycomb was poured over the initiate during the Leo (Lion) ritual while he was admonished to avoid all that which is unclean in the world. The Church of the Latter Day Saints also adopted the symbol and it may be featured in the Book of Mormon, when it states that the Jaredites carried “with them Deseret, which, by interpretation, is a honey bee” (Ether 2:3).

A beehive was discovered at Rosslyn Chapel during the recent renovations. It was inside a rooftop pinnacle that had been hollowed-out by the masons for this purpose. The bees entered through a hole in a decorative flower on the pinnacle. It is interesting in that its construction did not allow for the extraction of honey. The sole purpose appears to have been to protect the bees from the bad weather of the region.

According to the American Preston-Webb Ritual it is explained as a symbol of industry and co-operation, and as cautioning against intellectual laziness, warning that “he that will so demean himself as not to be endeavoring to add to the common stock of knowledge and understanding, may be deemed a drone in the hive of nature, a useless member of society, and unworthy of our protection as Masons.”

The earliest known Masonic reference to the beehive is found in an MS entitled A Letter from the Grand Mistress of the Female Free-Masons to Mr Harding the Printer, found in the Halliday Collection, Royal Irish Academy, Dublin. This document is believed to have been created between 1727 and 1730, and while originally attributed to Jonathan Swift, the true author remains unknown.

“A bee has in all Ages and Nations been the Grand Hierogliphick of Masonry, because it excells all other living Creatures in the Contrivance and Commodiousness of its Habitation or combe; … nay Masonry or Building seems to be of the very Essence or Nature of the Bee, for her Building not the ordinary Way of all other living Creatures, is the Generative Cause which produces the Young ones….”

For this Reason the Kings of France both Pagans and Christians, always Eminent Free-Masons, carried three Bees for their Arms…”

“What Modern Masons call a Lodge was for the above Reasons by Antiquity call’d a HIVE of Free-Masons, and for the same Reasons when a Dissention happens in a Lodge the going off and forming another Lodge is to this Day call’d SWARMING.”

Shakespeare, in his play Henry V, uses the beehive as an example of a well-ordered kingdom.

“So work the honey-bees,
Creatures that by a rule in nature teach
The art of order to a peopled kingdom.”

The beehive symbol is thus a traditional image, with almost rustic and working class connotations, and this may explain why it was dropped from the collection of symbols of science, geometry and precision that now dominate modern Freemasonry of the UGLE.