En: Order of the Amaranth 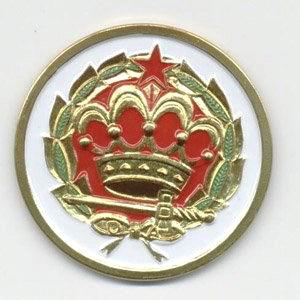 Order of the Amaranth

In 1760, a still extant Swedish Grand Order of the Amaranth was founded, unrelated to freemasonry, with seven degrees. Today, it hosts a high-society biannual ball.

In 1860, James B. Taylor of Newark, New Jersey drew upon Queen Christina's order to create a new fraternal society. In 1873, Robert Macoy organized Taylor's society into the Order of the Amaranth, part of a proposed Adoptive Rite of Masonry. Eastern Star was to be the first degree, and until 1921, Amaranth members were required to join Eastern Star first.

In the Order's teachings, the members are emphatically reminded of their duties to God, to their country and to their fellow beings. They are urged to portray, by precept and example, their belief in the "Golden Rule" and by conforming to the virtues inherent in TRUTH, FAITH, WISDOM and CHARITY they can prove to others the goodness promulgated by the Order.

Amaranth is organized into Courts, under Grand Courts at the State level. The primary body is called the Supreme Council (which has some subordinate Courts directly under it, as well). Women members of the Order are addressed as "Honored Lady", while men are referred to as "Sir Knight".